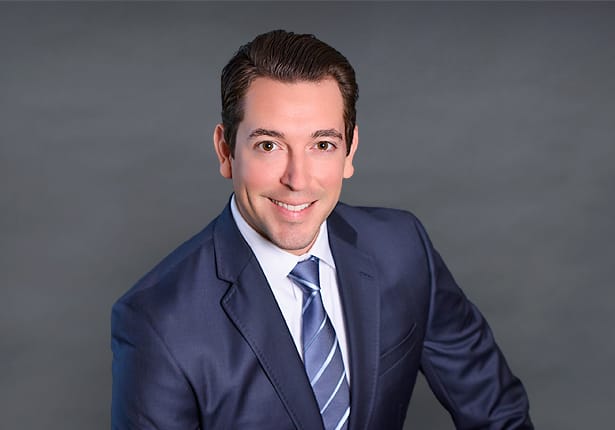 Luis Sosa was born in Ciego de Ávila Cuba and raised in West Palm Beach, Florida. Ever since he can remember, he has had a passion for law and the American justice system. Today, he is a proud attorney of Rosenthal, Levy, Simon & Sosa. Every day he fights for the injured and protects their interests against insurance companies that try to prevent fair and just recoveries.

After graduating from the University of Central Florida with academic honors, he earned his Juris Doctor at Barry University School of Law. While at Barry University School of Law, he was a member of the Barry Trial Team and the Delta Theta Phi International Law Fraternity. Since that time, Mr. Sosa has fought in numerous trials where he has successfully brought justice to his clients. In addition to devoting his time to his clients, Mr. Sosa has been a volunteer with the Hispanic Human Resource since 2006 and strongly believes that being involved in the community is just as important as representing it.

This year, Mr. Sosa was inducted as the President for the Saint Lucie County Bar Association and has also been accepted to The Florida Bar's WM. Reece Smith Jr. Leadership Academy, Class VI. He was also selected as a Top 40 Under 40 Civil Plaintiff Lawyers by The National Trial Lawyers. His dedication and achievements demonstrate Mr. Sosa's willingness to go above and beyond the call of duty. He dedicates his practice to personal injury cases and attributes his success to his firm belief that "every client deserves zealous representation." Whether in the courtroom or at the negotiating table, Attorney Sosa is committed to providing his clients with an optimal outcome for their personal injury.

I was injured at work directly due to poor management decisions. I worked as a lifeguard and a child that was in the care of the day care facility on the campus ran away. He was in immediate danger. I…
Shona M.

I have recommended Jonathan Levy and his law firm to my friends and one of them became his client. I am truly grateful for everything Jonathan Levy and his team have done on my behalf. He is truly a wonderful attorney.
Faithe C.
Much to my surprise not only did they win my lawsuit but I ended up getting 3 times the original amount I was expecting to get! I could not have been more pleased with the staff and the outcome.
Allison M.
If it wasn’t for your help, I know I wouldn’t have been able to win my case. I know that it was far away for you to come to Miami but your professionalism was outstanding. I will always recommend you.
Maria W.
You might say you were even just doing your job, however, I think it’s essential that you realize how fortunate I am to have such a trusted esteemed attorney in my corner, blessed really.
Anonymous
See All Testimonials

We invite you to call our office at 561-810-1215 to schedule a free consultation to discuss your injury, illness or disability with one of our experienced lawyers. You can also send us an email.

Our team is happy to talk with you about your situation and what we can do to help you get back on track.